Punjab: Blast From The Past / Mohindar Singh 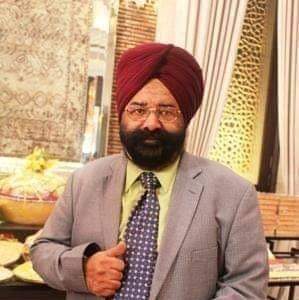 Fall of Punjabi Nation started from 1849.

Punjabi identity is primarily linguistic, geographical and cultural. Punjabi identity is independent of race, color, creed or religion, and refers to those for whom the Punjabi language is the first language, those who reside in the Punjab region and associate themselves with Punjabi Nation.

In 1800 century, religious ratio of Punjabi people in Punjab was 48% Muslim Punjabis, 43% Hindu Punjabis, 8% Sikh Punjabis and 1% others, but due to attraction of the various tribes, castes and the inhabitants of the Punjab into a broader common “Punjabi” identity and uniting by natural affinity of “Punjabi nationalism”, Punjab was a secular regime, Punjabi was a secular nation and a Sikh Punjabi, Maharaja Ranjeet Singh was the ruler of Punjab, after throwing out the Muslim Mughal invaders of Punjab from Delhi, India and Muslim Afghan invaders of Punjab from Kabul, Afghanistan.

Maharaja Ranjeet Singh made Lahore his capital and expended the Kingdom of Punjab to the Khyber Pass and also included Jammu and Kashmir in it. He was also successful in keeping the British from expanding across the River Sutlej for more than 40 years. After his death in 1839 the internecine fighting between the Sikhs and several rapid forfeitures of territory by his sons, along with the intrigues of the Dogras and two Anglo-Sikh wars, eventually led to British control of the Lahore Darbar in 1849.

As, after Hindi-Urdu Speaking UP, CP people of Gunga Jumna culture, Bengali was the second and Punjabi was the third biggest nation of South Asia and for the British, Punjab was a frontier province of British India because, Punjab had boundaries with Afghanistan and Persia. Therefore, to rule the South Asia, the prime factor for the British rulers was to control the Punjab by dominating or eliminating the Punjabi nation.

For demolishing the nationalism and promoting the religious fundamentalism in the Punjab, British rulers, not allowed the Punjabis to use their mother tongue as an educational and official language. Therefore, the British rulers first introduced an Urdu as an official language in Punjab and they brought the Urdu-speaking Muslim Mullahs and Hindi-speaking Hindu Pundits from UP, CP to Punjab for the purpose of educational teaching of Punjabi people along with, UP, CP bureaucracy and establishment for the purpose of Punjab administration.

It resulted in the supremacy of UP-ites and UP-ite mindsets in policy making and decision taking in national affairs and foreign relationship of Punjabi nation, managed, motivated and sponsored by the British rulers to eliminate the Muslim, Sikh, Hindu and Christian Punjabi’s into different religions and languages to secure their rule over last captured land and martial race of the subcontinent.

As a result, Punjabi nation became a socially and politically depressed and deprived nation due to the domination of Urdu-Hindi language, the hegemony of Gunga Jumna culture and the supremacy of UP-ite traditions.

However, beside all the efforts of British rulers to demolish and eliminate the Punjabi nation, due to struggle of Punjabi nationalists during British rule in India, beside the dissimilarity of religion, because of natural affinity on ground of similar language, culture and tradition, Muslim Punjabi, Hindu Punjabi, Sikh Punjabi and Christian Punjabi were still a nation. Religion was a personal subject for building the moral character and spiritual development for the life of the hereafter. Punjabi nationalism was a subject for the worldly life affairs. Whereas, clans moreover, communities were the institutions for social interaction and charity work. Punjab was a secular region, Punjabi language was a respectable language, Punjabi culture was a honorable culture and Punjabi nation was a wealthy nation in British India.

As a consequence of preferring Hindi language by Hindu Punjabi’s by declaring the Hindi as a language of Hindus and preferring the Urdu language by the Muslim Punjabi’s by declaring the Urdu as a language of Muslims, the characteristics of assimilation to accomplish the sociological instinct, started to switch over from “ Affinity of Nation to Emotions of Religion” and “A Great Nation of Sub-Continent Got Divided on Ground of Religion with Partition of Punjab and Get Emerged into Muslim and Hindu States”.

Hence, it completed the fall of Punjabi nation and Punjabi people started to receive the reward of hate and regret from every honorable nation, in addition, humiliation, loathing and abuse from Hindi-Urdu speaking persons too.

This is the punishment of Punjabi’s for not respecting their motherland, language, culture, and traditions, due to avoiding, ignoring and rejecting the act of unity by natural affinity and attraction of the various tribes, castes and the inhabitants of the Punjab into a broader common “Punjabi” identity.